4th of May gig at The Big Top

Hermitage Green, The Riptide Movement and Gavin James play Live at the Big Top on May 4th. Tickets are €18 + Booking Fee and are on sale from www.dolans.ie 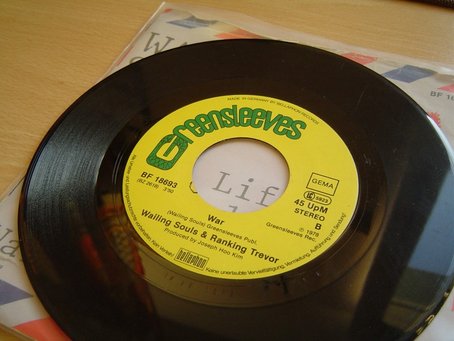 The record fair is back at the market!

Join us at the Limerick Milk Market on Sunday 13th April for a celebration of music records with local and international record dealers.

There will be plenty of stands with vinyl, tapes, CDs, DVDs, 1st editions, box sets, signed and rare memorabilia and much much more.

All types of music tastes catered for, see rare items worth thousands, or pick up a bargain.

Buy, sell or exchange. We hope to see you there between 10 AM and 4 PM, admission is FREE!

On St. Patrick’s Day 2014 Happenings are unlocking Ireland’s creativity in The Milk Market forLimerick City of Culture 2014. Expanding the post-parade celebrations, Paddy’s Day Unlocked offers Limerick’s residents & visitors a four hour feast that celebrates the culture of music, food and dance and amazing people that are making things happen in the Ireland of Now.
The event will provide a creative and inspiring cultural space in which alcohol is not the primary focus. (You can be sure that nobody will be locked!)

Local legends and veritable musical royalty ,Owen and Moley O’Súilleabháin will be curating and MC-ing the day and have enlisted the musical talents of Irish Chamber Orchestra‘s Sing Out With Strings children’s choir, Eve Vocal Group Bavad and the amazing talent of their own mother Nóirín Ní Riain. Aerial circus group Fidget Feet and African dancer RAS Mikey Courtney of the Irish World Academy, and Third Space Dance Initiative will have the Milk Market in awe with their feats of physicality. DJ Leon and DJ Emmet will also be on hand providing chill out tunes to accompany the munching of delicious local food.