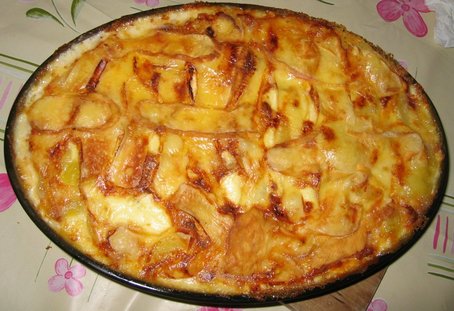 The tartiflette is a French dish from the Savoie and Haute-Savoie in the Alps region of France.

The Rhône-Alpes tartiflette is made with potatoes, onions, garlic, sea salt, black pepper, cream, rich reblochon cheese, dry white wine and smoky bacon. Famous for being an easy-to-prepare and very nutritious recipe, this French dish has been very popular in ski resorts of the Savoie area since it was created. Despite its "traditional" looks, the tartiflette is a "new" dish!

It was developed in the 1980s by the Union Interprofessional Reblochon to promote and increase sales of reblochon, as is confirmed also by Christian Millau (of the Gault-Millau Guide) in his gastronomic dictionary.

Tartiflette is served hot preferably with some green salads with vinaigrette and to top it off, a crisp French white wine.

Our tartiflette is available at our shop every weekend or for ouside catering parties. 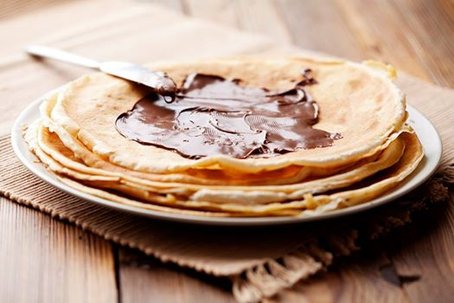 If you're considering catering for your next event, then Bon Appétit can provide the perfect solution.

We don't have a minimum or maximum size requirement we just adapt ourselves to your needs. We have catered for weddings, parties and private events all over the Ireland for 20 guests right up to 1000 at some corporate events.

People love to watch the crêpes being made before their eyes and some have a lot of fun of trying to make their own!

On the day of your event, at least 2 chefs come to make crêpes and serve you. Service and cooking time is two hours long. We can serve longer (extra charge will apply) if you need! We can site our mobile crêperie inside or outside of your venue.

Your guests will see their crêpe being made in front of them on traditional cast iron crepe makers, and filled with a delicious choice of sweet and savoury options.

If you are planning a wedding or party and would like us to cater for your guests, please fill the form here and we will come back to you with a price.