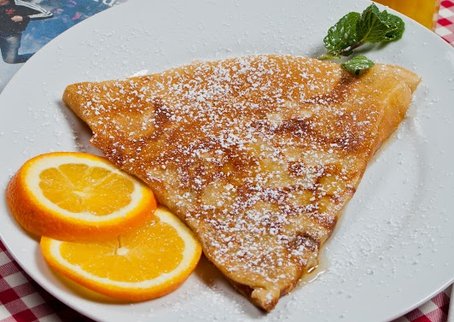 The origin of the dish and its name is disputed. One claim is that it was created from a mistake made by a fourteen year-old assistant waiter Henri Charpentier  in 1895 at the Maitre at Monte Carlo's Café de Paris. He was preparing a dessert for the Prince of Wales, the future King Edward VII of the United Kingdom, whose guests included a beautiful French girl named Suzette.

This is told by Henri Charpentier himself in Life à la Henri, his autobiography, although later contradicted by the Larousse dictionary.

It was quite by accident as I worked in front of a chafing dish that the cordials caught fire. I thought it was ruined. The Prince and his friends were waiting. How could I begin all over? I tasted it. It was, I thought, the most delicious medley of sweet flavors I had ever tasted. I still think so. That accident of the flame was precisely what was needed to bring all those various instruments into one harmony of taste . . . He ate the pancakes with a fork; but he used a spoon to capture the remaining syrup. He asked me the name of that which he had eaten with so much relish. I told him it was to be called Crêpes Princesse. He recognized that the pancake controlled the gender and that this was a compliment designed for him; but he protested with mock ferocity that there was a lady present. She was alert and rose to her feet and holding her little skirt wide with her hands she made him a curtsey. 'Will you,' said His Majesty, 'change Crêpes Princesse to Crêpes Suzette?' Thus was born and baptized this confection, one taste of which, I really believe, would reform a cannibal into a civilized gentleman. The next day I received a present from the Prince, a jeweled ring, a panama hat and a cane.

Different sources ( like the Larousse Gastronomique however doubt that Charpentier was serving the prince instead of the head waiter because he would have been too young.

The other claim states that the dish was named in honour of French actress Suzanne Reichenberg (1853–1924),who worked professionally under the name Suzette. In 1897, Reichenberg appeared in theComédie Francaise  in the role of a maid, during which she served crêpes on stage. Monsieur Joseph, owner of Restaurant Marivaux, provided the crêpes. He decided to flambé the thin pancakes to attract the audience's attention and keep the food warm for the actors consuming them. Joseph was subsequently director of the Paillard Restaurant in Paris and was later with the Savoy Hotel in London.

In 1896, Oscar Tschirky published the recipe as "Pancakes, Casino Style" with everything in place except the final flambée. This appears on page 629 of his book published in New York, The Cook Book by "Oscar" of the Waldorf. The great chef of the Haute Cuisine Auguste Escoffierdescribed Crêpes Suzette in the English version of hisLe Guide Culinaire  in 1907 (French 1903) the same way without the final flambée, too. And Paul Bocuse  flambés it as explained above, but he doesn't call it Suzette in his book about theNouvelle Cuisinein 1975. There it is named Crêpes flambées au Grand Marnier. 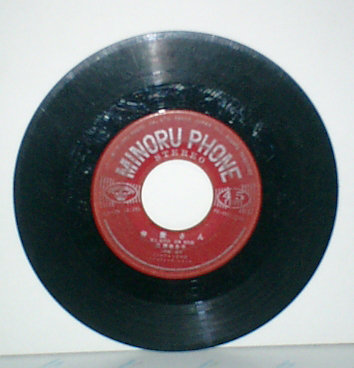 It’s that time of the year again folks! Join us at The Milk Market on Sunday 1st December for a celebration of music records with local and international record dealers.

There will be plenty of stands with vinyl, tapes, CDs, DVDs, 1st editions, box sets, signed and rare memorabilia and much much more.

All types of music tastes catered for, see rare items worth thousands, or pick up a bargain.

Buy, sell or exchange. We hope to see you there between 10 AM and 4 PM, admission is FREE!

Screening at the market. 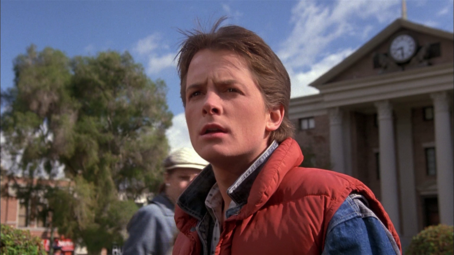 The University of Limerick will host a Sci-Fi community event in the Limerick Milk Market on the 16th November 2013 at 5.30pm as part of UL Science Week 2013 with the outdoor screening of “Back to the Future”.

As usual we will be open and serving our delicious food during the screening.